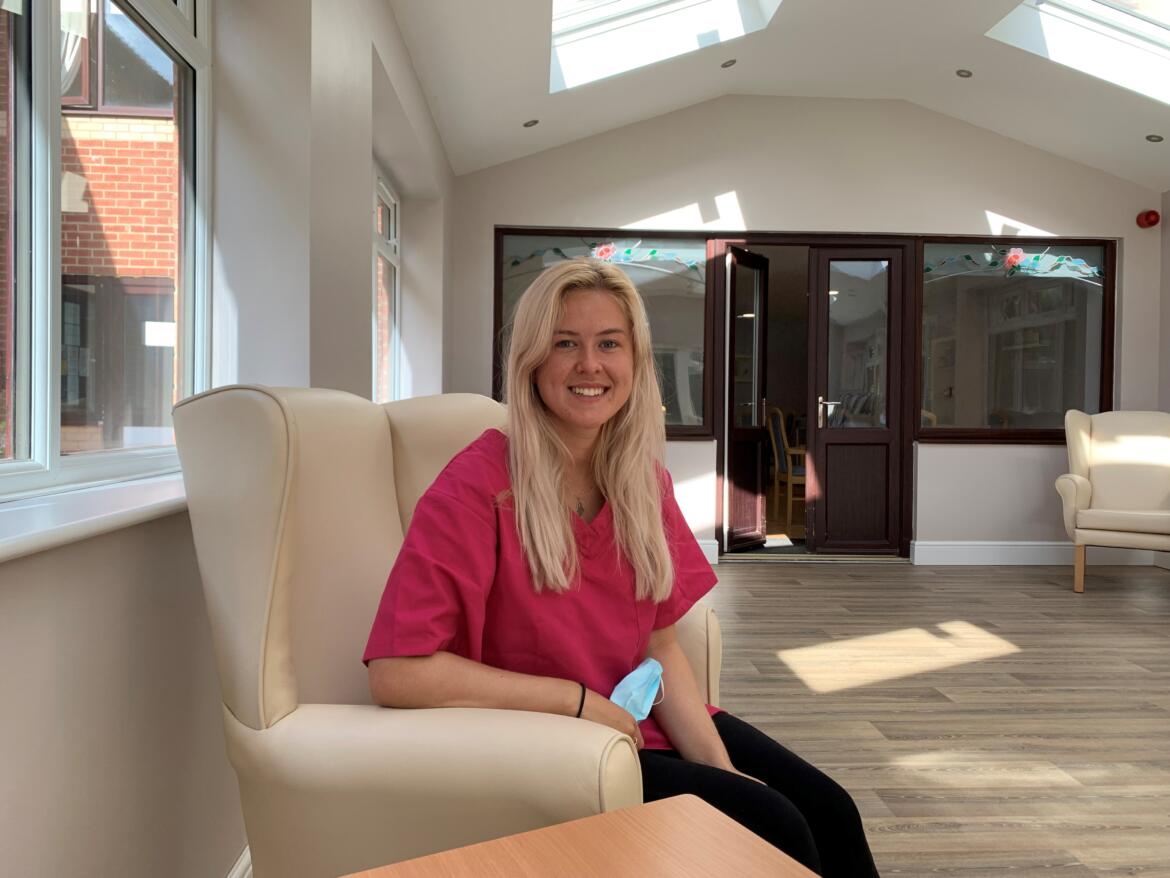 When your job involves playing pass the parcel, making ice cream sundaes, and keeping balloons in the air, you can see why your partner would say that you are “living the dream”.

However, whilst this may all sound like child’s play, there is so much more to it than this for Rosanna Bardin.

That is because Rosanna is one of our two new activity coordinators at Roseleigh. Along with her partner-in-crime Andrea Walton, she is responsible for planning the activities in the home, ensuring our residents remain fit in mind, body, and soul.

And it’s definitely more than about just playing games as Rosanna’s partner Connor teases her about.

Before she came to Roseleigh in August 2021, Rosanna, 23, was working as a group activity leader supporting children and young people with learning disabilities.

Being active herself – she loves to surf and spend times outdoors with Connor – it’s a role which comes naturally to her even though she admits to falling into it by chance.

Rosanna explains: “Having always enjoyed travelling, including spending a year working on the turtle conservation project in Bali, I did a degree in air transport management and operations, with the plan of working in the travel industry.

“The pandemic meant it was almost impossible to get a job in the industry, so I took a job working for a global car hire company. It gave me no job satisfaction and I realised I didn’t want to work for a large corporate company so as I have always enjoyed working with children, including doing some work in a school, I took on the role of activity leader and really enjoyed it.

“Then Connor and I decided to move to the North East and he suggested I look for a job as an activity coordinator in a care home and this led me to Roseleigh, and I couldn’t have made a better choice.

“It doesn’t feel like I am coming into work and when I tell Connor I played pass the parcel or another game with the residents he jokes that I am living the dream.

“But obviously there’s a serious side to it because everything we do is aimed at stimulating the residents and helping their physical and mental health and wellbeing.

“So, whilst pass the parcel may seem like a child’s game, to someone with dementia it can help with muscle memory, as well as stimulating memories from their past when they played the game as children, or with their own children and grandchildren.”

Rosanna was recently named our employee of the month for September with her colleagues commenting:

“Since starting at Roseleigh she has brought a positive vibe.”

“She is very positive and has a good impact on residents.”

“Always happy and willing to help.”