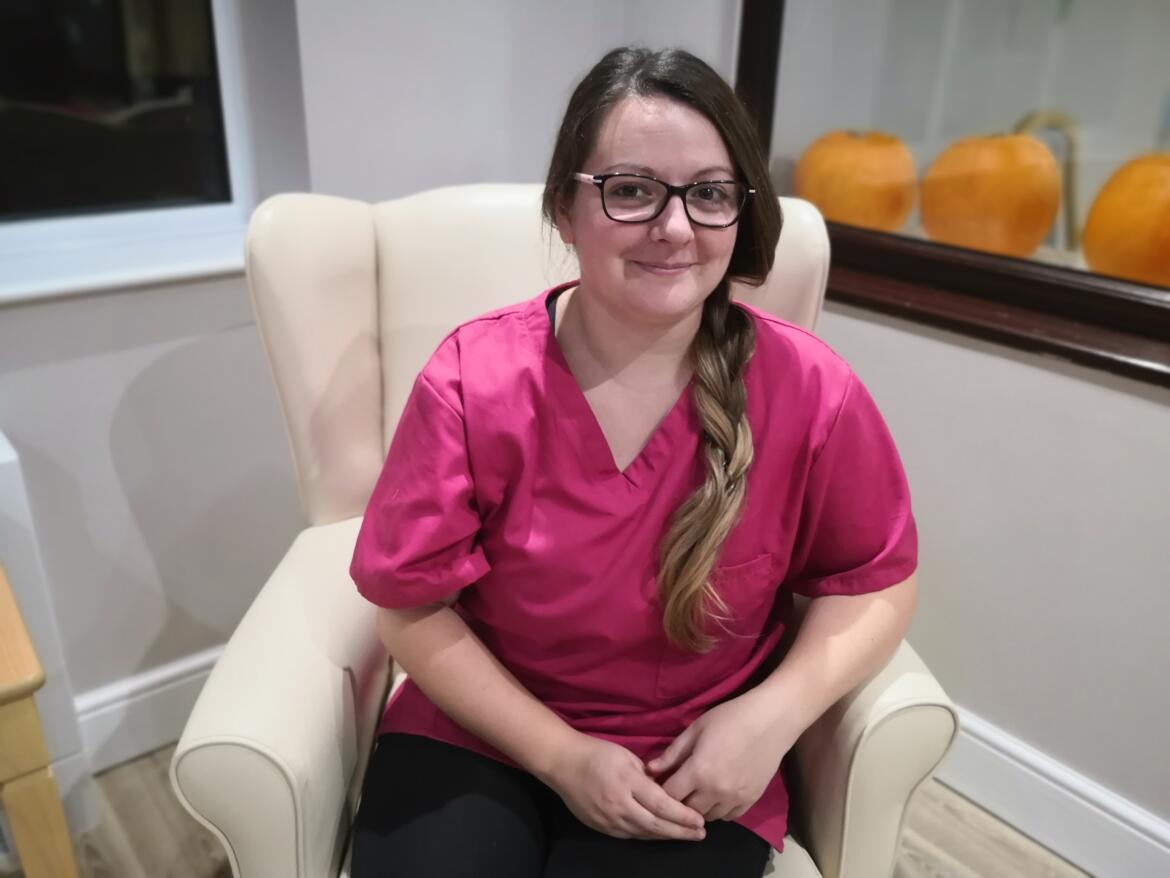 In her role as Activity Coordinator at Roseleigh, whether it’s encouraging residents to paint, take part in sit down yoga or even make an ice cream sundae, Andrea Walton is focused on one thing – making people happy.

And given the circumstances of the last 18 months, where undertaking activities was difficult due to Covid-19 restrictions, we don’t think anyone would argue that this is exactly where the focus should lie.

Along with her fellow Activity Coordinator Rosanna Bardin, Andrea is responsible for devising and delivering the new activity programme at Roseleigh, and it’s already having a positive impact on our residents.

Andrea, 30, says: “We aim to keep the programme as diverse, interesting, and inclusive as possible, so recently this has included things like a game of Play Your Cards Right, sit down yoga and an afternoon tea.

“One resident said after the yoga that they felt more mobile, which is exactly the sort of feedback we were hoping for.”

Before coming to Roseleigh, Andrea worked as an osteopath in London for three years. Then, wanting a complete change, she went to France to work in the skiing season as a Chalet Host. More recently she was part of the hospitality team working at Ascot racecourse.

She adds: “All of these roles, in one form or another, involve some kind of care so this new role at Roseleigh suits me and gives me a nice work/life balance as well

“Rosanna and I, through the activities we put on for residents, are helping to make a difference to people’s lives and ultimately making them happy. There’s nothing better than that really.”

Andrea was named Roseleigh’s employee of the month for October with her fellow staff saying:

“She is always trying new ways of getting residents involved.”

“She is an amazing activities coordinator.”

“She is kind, polite and very helpful.”