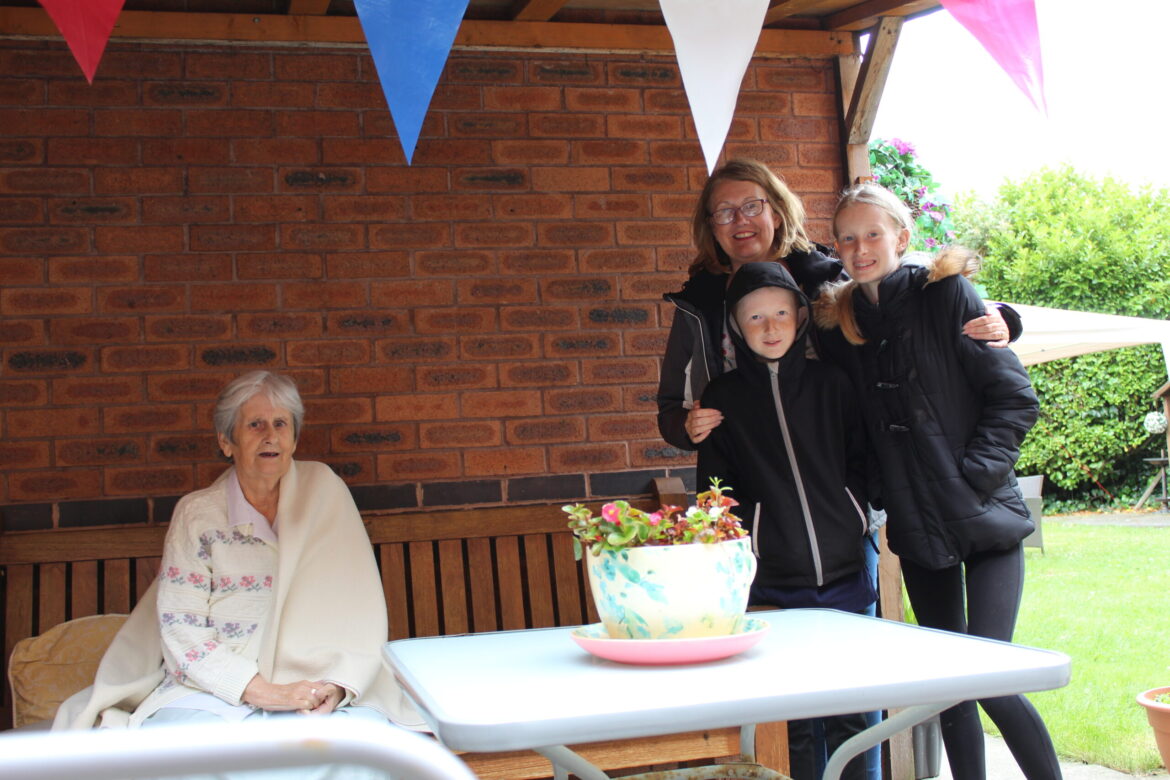 Sally Cowley, whose mum Jackie Bainbridge, is a resident at Longlands, said: “We live in Ingleby Barwick and when we were looking for a home for mum, we initially thought it would better to have her closer to us, but once we saw Longlands, we knew it was the place for her.

“She is a new woman since going there and treats it like a hotel, which is fabulous as that’s what we wanted for her.

“This is all down to the amazing staff and the fantastic care they provide; we couldn’t be happier with Longlands.”

Speaking about the family’s experience during Covid-19, Sally admits it was a difficult time.

She adds: “Not being able to see her was horrible and it was especially hard on her birthday and Mother’s Day.

“We were able to Skype her with the help of the staff and one of the best things that happened was when we received a card from the home during lock-down sending out ‘pocket hugs’.

“That may appear a small thing, but it was so nice that they took the time to do this. I was due to go on a video conferencing meeting that day, but I had to send my apologies as I was too emotional!

“It was then nice to be able to see mum in the garden when the home reopened for families and she was particularly happy to see her grandchildren.”

We are honoured to have Jackie living at Longlands.