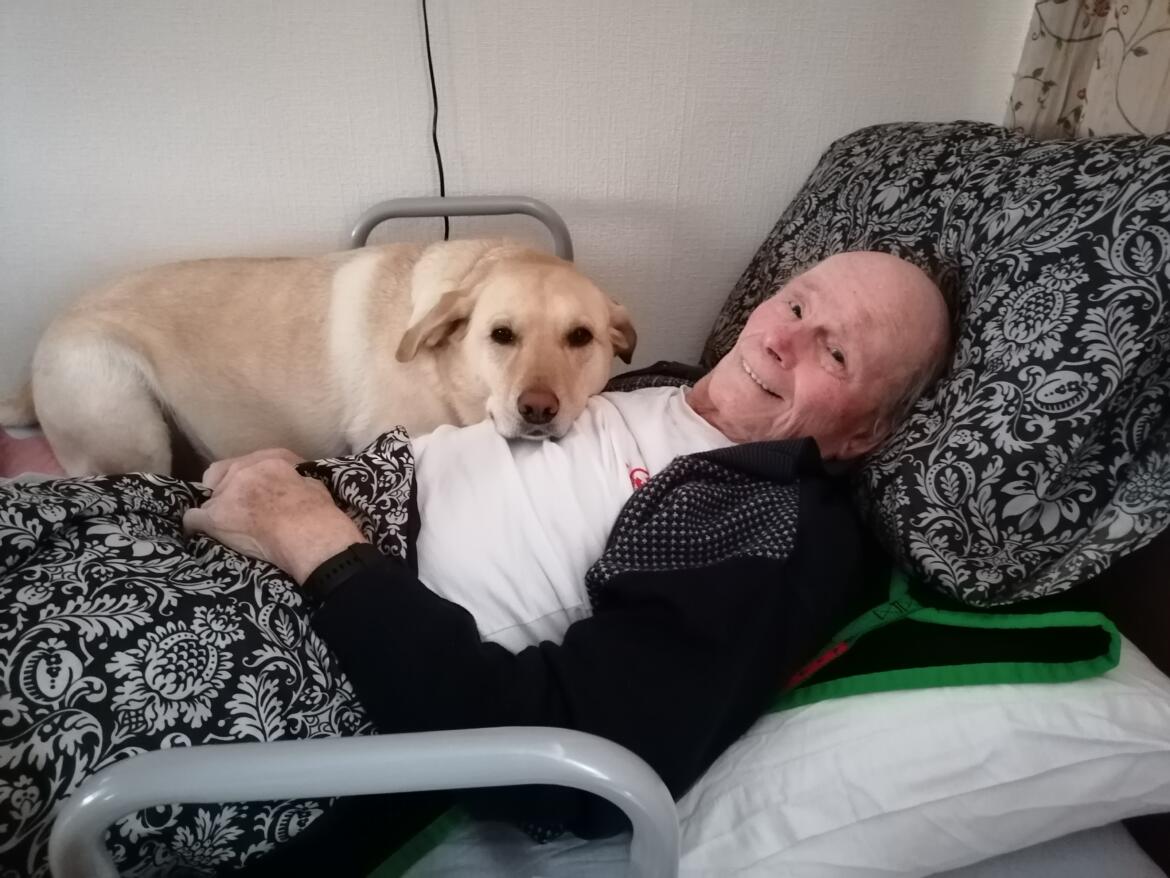 Accepting, that the time had come for her grandfather Ken Caswell to move into a care home was difficult for Lucy Richardson.

She had cared for Ken in his home after he required amputation of his right leg. When he then suffered a stroke, which affected his ability to swallow, it was clear he needed round the clock professional care.

Now, six months on, Lucy feels both she and Ken have benefitted from him moving to Longlands care home.

“He didn’t want to leave his own place and it was really difficult thing for me to see him go into a care home. But he is comfortable now and being looked after,” said Lucy.

“It is great to have the granddad-granddaughter relationship back again, to be able to sit down and chat with him rather than also be a full-time carer.”

After working as a fireman in the RAF, Ken spent many years at ICI. He was married for over 50 years to Rita and they enjoyed travelling, including trips to the US and India.

A keen Boro fan, Ken has enjoyed the football themed events at the home and watching matches during the recent Euros as well as entertainment nights with singers and dancers.

And he’s just taken charge of an electric wheelchair, with staff encouraging him to enjoy the garden at Longlands.

Most of all though, he looks forward to visits from Lucy, and his four-year-old Labrador dog Molly.

“It’s great that I can bring Molly in to see him. He loves it and all the other residents make a real fuss of her which is nice,” said Lucy.

“Deep down I know he likes life at Longlands. They take photos of the various activities and I can tell from the smile on his face. That says it all.”