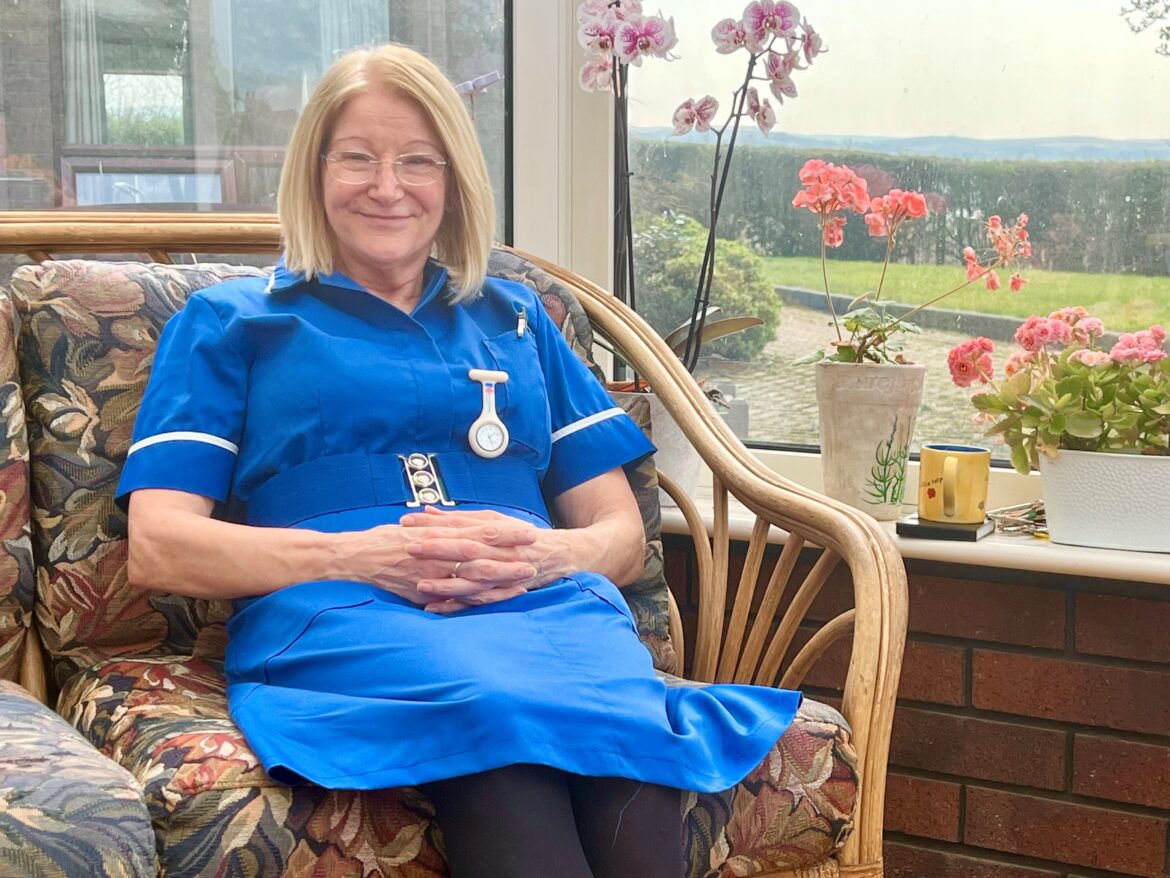 Carol Davies is proof that you are never too old to learn if there is something you have set your heart on doing.

She started her nurse training in 2000 when she was in her late 30s and now, 22 years later is working as Staff Nurse at Queen’s Lodge and is loving every minute of it.

Carol left school before taking any exams at time when “it was normal to go to work when you were 15” and one of her first jobs was gluing slippers in a factory for three months.

When she was 19, she began providing one-to-one care for an elderly woman and her love of caring grew from there.

She did this for five years before working in residential care but at the back of her mind, she always had an aspiration to become a nurse.

Despite having two young children, she started night school and “got the bug for learning’ achieving the equivalent of five A-Levels in 1992.

From here she applied to become a nurse in 2000 and successfully passed five exams which resulted in her gaining a Diploma in Nursing.

Carol worked at Blackburn Hospital, before deciding she wanted to be a nurse in a residential home and initially joined Queen’s Lodge as ‘bank staff’ in 2012. She is now one of six qualified nurses working at the home.

She has a wide-ranging role covering everything from assigning staff to look after residents through to liaising with doctors and generally overseeing the medical needs of all residents, however big or small these needs are.

“I love my job most of the time but it can be challenging especially when working 12-hour shifts.

“Queen’s Lodge is a real home from home, and it’s not as regimented as a hospital, so you can spend more time with residents.

“I care for everyone like I would my own parents and it’s nice to know you are making a difference.”

Outside of work, mum-of-two enjoys spending time with her grandchild and riding her electric bike to and from work.

“It’s saved me a fortune on taxis and it’s keeping me fit as well,” she says.