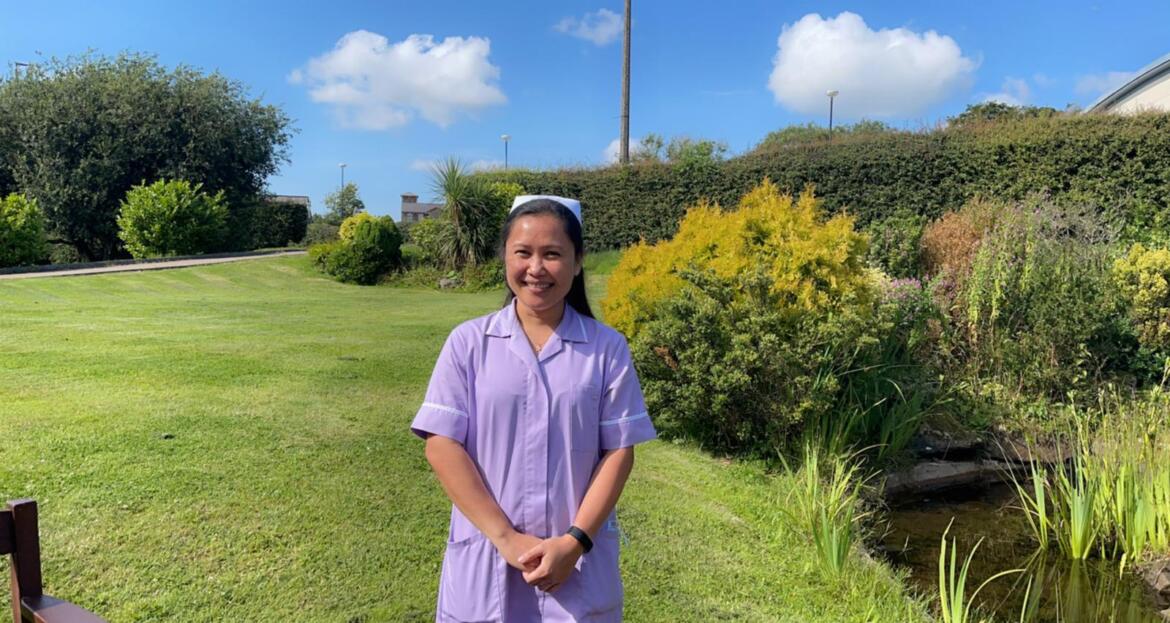 Business graduate Joevel Kay opted for a change of career when she moved from the Philippines to the UK with her fiancé.

And she has no regrets about the move, saying she “loves” her job at Queens Lodge.

“The Philippines is a society very much built around respect and admiration for the elderly, they are in our hearts,” said Joevel. “I was working as an auditor in the Philippines and then looking after my my father on evenings so I had some experience of caring.”

Joevel travelled to the UK with her fiancé in 2019 and they were married here. Her bridesmaid worked at Queens Lodge and arranged an interview for her. Joevel has never looked back.

“I was treated well and given step by step guidance. As I was learning the job there was always someone there to help if I needed it,” said Joevel.

And Joevel says she prefers working as a carer to auditing.

“You deal with people in both jobs but as a carer you need to be more sensitive,” she said.

“At Queens Lodge I am working with the elderly which I enjoy, and I get on well with the residents. There is a great job satisfaction when you have helped someone to eat a meal and they have enjoyed it and smile.”

There is one thing though that Joevel hasn’t quite got to grips with –  the British weather.

“I found the winter very cold and had the heating on all the time. Then in summer it is like the Philippines,” she said.