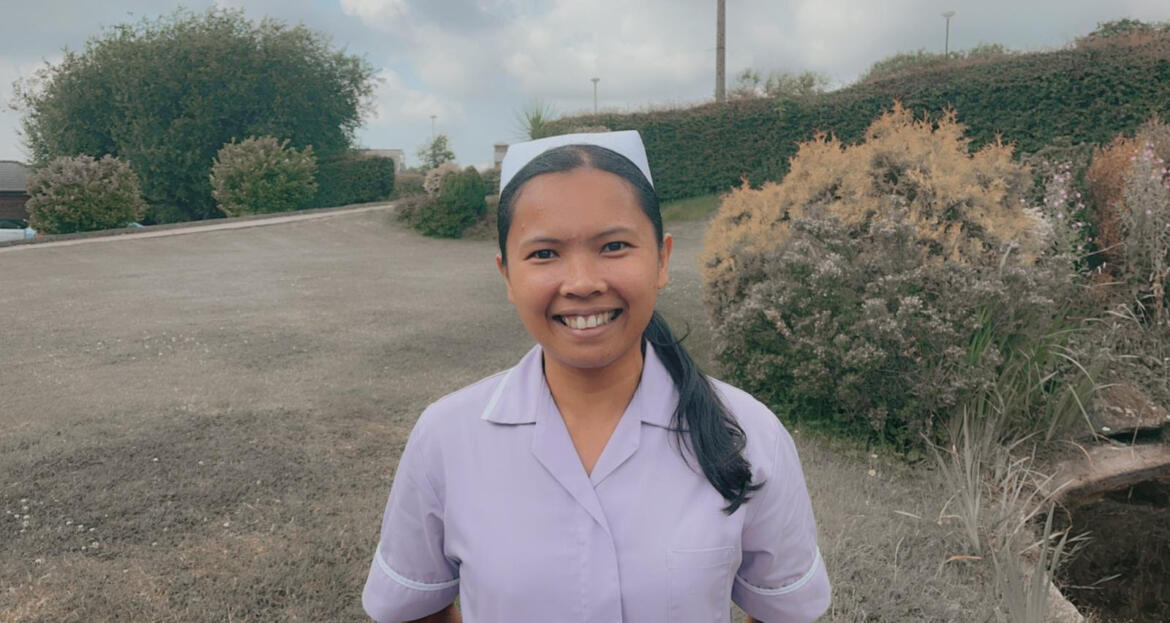 Recently promoted to the position of senior carer, Joan Robinson has been on the staff at Queens Lodge for the past eight years.

Joan began her career in the care sector working in a clinic after gaining a nursing degree in her native Philippines.

She came to the UK ten years ago and began working in a residential care home in Fleetwood. She moved to Blackburn in 2013 and worked shifts at the Royal Blackburn Hospital before securing a full-time role at Queens Lodge.

“I really enjoy the job, the residents are lovely,” said Joan. “It can be stressful at times, but it is very satisfying to go home at night and know you have helped someone.”

Joan is looking forward to returning to her hobbies of cinema and travel once lockdown fully ends. She’s also a keen gardener which is useful when residents chat to her about the gardening activity classes held at Queens Lodge.

Joan, 34, says she would encourage anyone who has thought about getting into caring to give it a go.

“I have a friend who had thought  about becoming a carer but was nervous. I encouraged her and now she’s been in the job for over two years,” said Joan.

There may be 6,700 miles between the UK and the Philippines, but Joan says the secret to being a good carer is the same all over the world.

“The most important thing is to show compassion and be friendly to people,” she said.