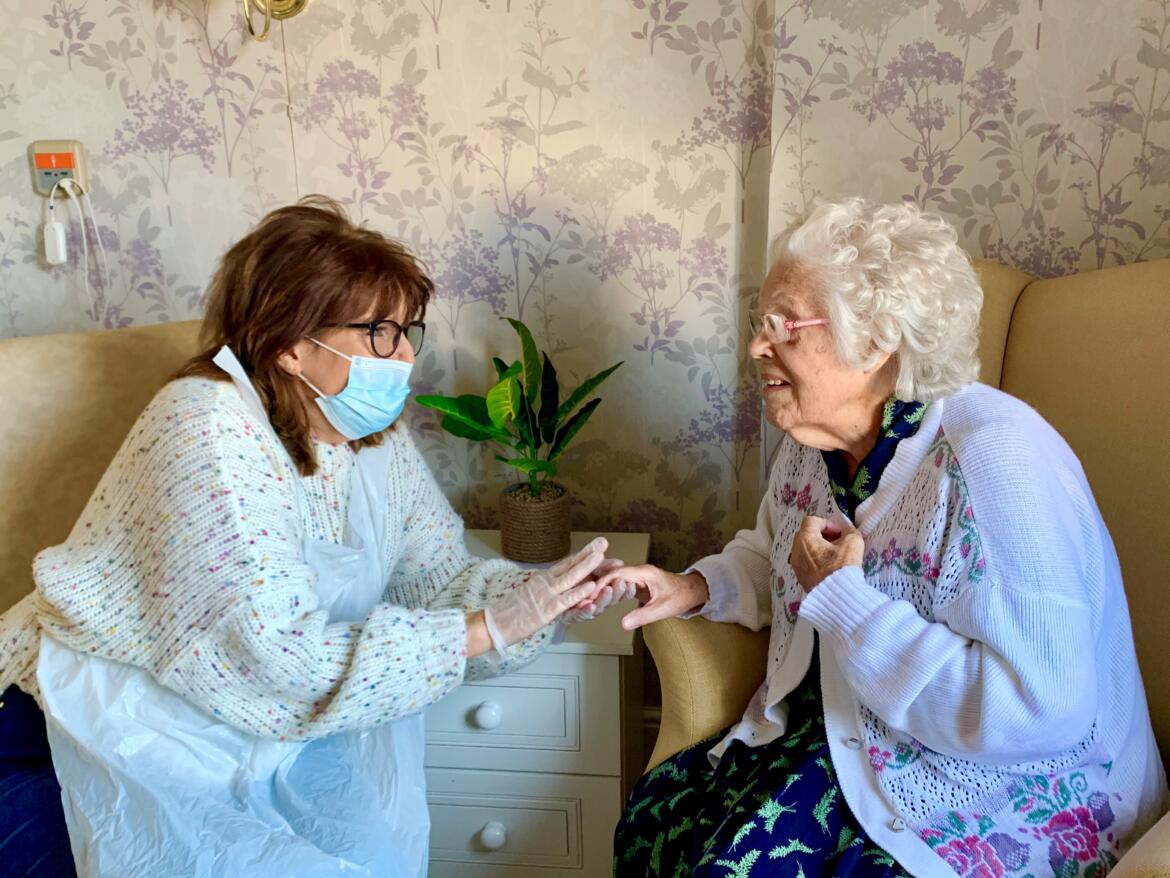 For most people, losing your sight at the age of 70 could spell a general decline in your health, but not everyone is like Ethel Stephenson.

Now aged 94, Ethel refused to let going blind (from macular degeneration) alter her life and she certainly was not about to look for sympathy.

Her daughter Julia explains: “Mum has always been proud, independent and doesn’t like a fuss so going blind didn’t faze her one bit.

“She used to go to The Blind Society three times a week for 20 years where she met new people and made new friends. That just shows you the sort of woman she is.”

Ethel was born and bred in Middlesbrough and met her husband Walt at a dance hall. She worked in the old telephone exchange in Marton.

Walt sadly died when he was 72 and Ethel went blind shortly after, but she continued to live in their family home until she had a few falls and Julia and her siblings realised residential care would be the safest place for her.

Julia explains: “A colleague had a father at Longlands and spoke highly of the home, so mum went in initially for two weeks as a trial.

“I knew immediately that it was the place for her. There may be other homes with plusher fixtures and fittings but what matters most is the level of care and at Longlands this is extremely high.

“The staff are brilliant and look after mum so well and nothing is too much trouble for them.”