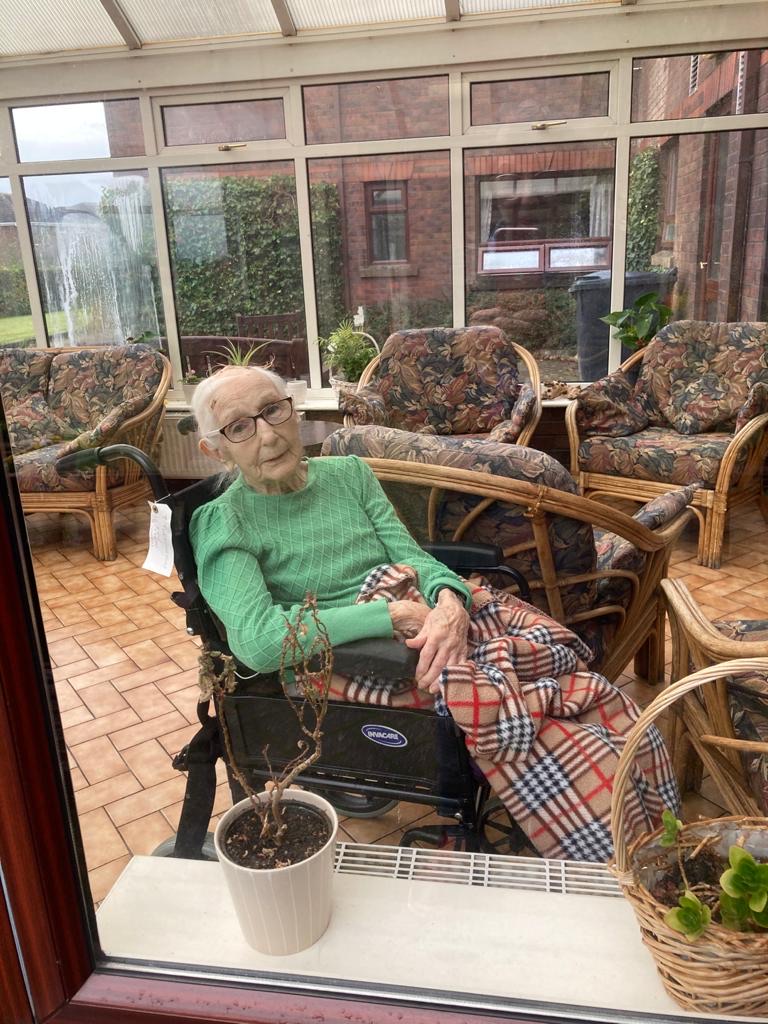 Margaret Kendall, whose mum Johanna Turkington is a resident at Queen’s Lodge, said: “Mum has always been very independent and was still going to the gym in her mid-80s.

“Then, one day she fell in her kitchen and bumped her head which led to her being admitted to hospital.

“She then had another fall at home and this time broke her hip, and my sister and I had noticed she was struggling generally, such as not cooking as much as she did, so we began to think about residential care.

“We knew about Queen’s Lodge from various people and we were very impressed when we visited it, but unfortunately we couldn’t get her in at first as the home was full so we had to choose another home.

“She stayed there for just a week, but our heart was set on Queen’s Lodge and we were delighted when a bed came free and she moved into the home in January 2020.

“Understandably, after being independent for so long, it took a while for her to settle but she was glad she had someone looking after her.

“She thinks the food is fabulous which is great compliment from her as she is such a good cook, and she likes the staff who are all so nice.”

Margaret says like all residents and families, the months following the Covid-19 pandemic have been difficult, but the family have been able to speak to Johanna, now aged 93, regularly by phone and now see her in the home, via the visitors’ pod in the conservatory.

She adds: “Mum is definitely in the right place because it would have been even harder had she been at home during this pandemic.

“She is settled and comfortable and whenever we see her, she is always very smartly dressed and it’s obvious she is being well looked after.”